We are living in very strange times. Entering 2020 hopeful, with new 2020 visions, nobody could predict what was about to befall the global masses. With the outbreak of the corona virus and quarantines in place around the globe, economies are shattered, the stock exchange has plummeted, businesses struggling to survive, everyone can feel the effects of this global pandemic.

Some of the people deeply affected are the garment workers, who are amongst the most vulnerable workers in the global economy and have their livelihoods at risk as factories struggle to stay afloat. Factories rely heavily on imports of raw materials such as zippers, buttons, and fabric from China. The shortage of these raw materials puts a great strain on their operations. Consumers are also only spending on necessities right now and with the quarantine brick and mortar stores have had to close which puts a strain on brands. In Myanmar, 20 factories have been shut down forcing 10,000 workers into unemployment. Many owners have refused to compensate and instead are nowhere to be found. The question is what role should the fashion industry play in ensuring the 40 million garment workers in their supply chains get compensated as they risk falling into crippling poverty?

More than 1 million garment workers in Bangladesh already have lost their jobs or have been furloughed due to the over $2.8 billion in orders cancelled or put on hold as the COVID-19 crisis continues to worsen. This leaves the factory owners high and dry as many of these orders were completed and ready to ship and some had been partially completed where all the raw materials were purchased and paid for. According to a survey of 319 garment factory owners in Bangledesh, conducted by the Centre for Global Workers’ Rights (CGWR), “72.4% said they were unable to provide their workers with some income when furloughed (sent home temporarily), and 80.4% said they were unable to provide severance pay when order cancellations resulted in worker dismissals.”  Most of these factories will not even fight this injustice for fear of losing big contracts when the pandemic is over. This is a cruel reality of just how severe the power imbalance is between big global brands and their suppliers. Typical contractual agreements leave suppliers vulnerable, as brands get to decide when products should be shipped and payment is not made until after the shipment has been made.

The governments should be putting controls in place to protect their garment industry workers as well. In Bangladesh, they had apparently urged factories not to cut jobs, however, that has not stopped many of them from laying off thousands of workers without any pay. They need to put stronger enforcement to ensure this doesn’t happen. These workers will not be finding other jobs right now to bring in money to their already impoverished households. This is a huge humanitarian crisis. The government has announced a $588 million package to help the crucial export sector pay its workers, but labor leaders say that this is not enough. These wealthy brands themselves need to step up and help out as well. These are the people making their clothes after all.

As the rest of the world stocks up their fridges and cupboards ensuring they will never miss a good meal or snack, millions of garment workers are left without the ability to put food on the table for their families. This is a time for brands to show their sense of humanity and find a way to pay for the work that has been done. The CGWR recommends that:

“The responsible approach is for brands and retailers
to find ways to access lines of credits or other forms of
government support to cover their obligations to supplier factories so that they can cover their expenses and
pay their workers in order to avoid sending millions of
workers home with no ability to put food on the table
let alone cover medical expenses.”

It’s the right thing to do.

The CGWR outlines a list of brands that have committed to pay what they owe and the ones that have not. Below is a visual of these stats by @xrfashionaction.

The big 6 retailers outlined that have said they are committed to fulfilling payment on their orders already produced or in production include: H&M, Inditex (Zara, Massimo Dutti, etc), Target, French brand Kiabi, VF Corp (North Face) and PVH (Tommy Hillfiger). This is not a problem one brand can solve, but the collective commitment from all of these big retailers would make a huge impact on the lives of these vulnerable garment workers. The problem is, there is no situation in which suppliers have any leverage or recourse if brands don’t keep their end of a deal.

Many have said they won’t cancel orders, but that doesn’t mean they will pay either. That would mean they expect them to hold the order for now however, payment isn’t made until goods are shipped so ‘not cancelling orders’ does nothing to help the situation of the garment worker unless the factories are getting paid. There’s a lot of semantics around public verbiage that can seem like they are doing more than they are.

According to Vogue Business, “suppliers in Bangladesh and other manufacturing countries look with worry to the future as brands back down from the projections of orders they had given to factories. Suppliers understand that brands are facing unprecedented uncertainty about their own futures — but they have a much smaller financial cushion than brands and lack the safety net protections of government bailouts for businesses or social services for laid-off workers. They are calling on brands to extend their sense of responsibility to their full supply chains, rather than cutting it off at their own assets and employees.”

What are your thoughts on this topic? How do you think garment workers can best be protected during this corona virus pandemic? Who should be responsible? I would love to hear your thoughts on this, so please feel free to share your opinions below. Stay safe, stay home and keep healthy everyone 🙂

Many people want to build a more consciously curated wardrobe, but are not sure where to start. Here are a few tips to help you get started. The biggest part to conquer is a mindset shift. Once you reprogram your thoughts and beliefs around shopping, the rest will be easy. It also takes a fair degree of preplanning since most of what you will find is not in the malls. Here we go! 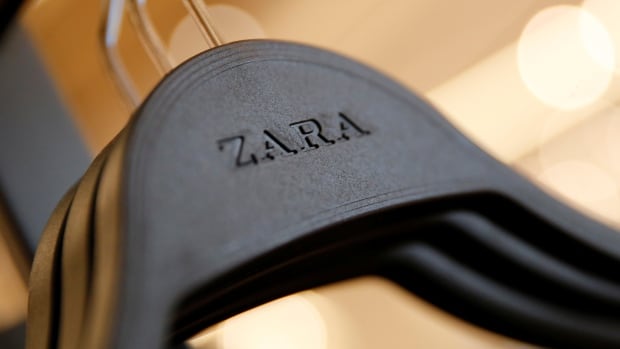 It pains me to write this post.  So, the CBC covered a story on the desperate plea of Zara’s garment workers in Turkey.  This should really come as no surprise to people, but it will.  How desperate these garment workers must be to be sending out letters of SOS.  Heartwrenching.  Looks like not much has changed since Rana Plaza.  Interested to hear everyone else’s thoughts on this.  Please leave your opinion/comments below.  Read the full story here:

Workers stitched pleas for help into clothes sold by Zara

In the world of everything polyester, exploring new and unique fabrics may sound scary and daunting to you.  However, there are so many new innovations in textiles these days that it’s so exciting to see and learn about!  At least for me…but I’m like a kid in a candy store when it comes to fabric. Oh the possibilities!

Tru’s Essentials Collection is all made out of modal and I realised that many people hadn’t heard of it, so I wanted to give you all a brief intro to some great sustainable fabrics to look out for and to know that there is more out there than just polyester.  There are many harmful chemicals used in the production of polyester, including carcinogens, and if emitted to water and air untreated, can cause significant environmental damage. Even within polyester there are sustainable options like polyester made from recycled plastic bottles!  Who would have thought? END_OF_DOCUMENT_TOKEN_TO_BE_REPLACED

Given that it’s International Women’s Day today I thought it very fitting to share with you all this beautiful video of strong, empowered, motivated women. These women make me so proud to be Canadian!   END_OF_DOCUMENT_TOKEN_TO_BE_REPLACED

We are very excited to announce our recent collaboration with Ethik Boutique and eco-design hub.  Ethik is a Montreal based boutique that sells ethical brands from Canada and abroad. Check them out at https://ethik-bgc.ca/

Ethik is a collective of FEM International (www.feminternational.org), a not-for-profit whose mission is to support women empowerment through social entrepreneurship.  Together they organized a successful fundraising fashion show last week in which Tru dawned the runway.  Here are some photos that were in Le Huffington Post Quebec

Wishing everyone here and around the globe peace and happiness this holiday season!

Enjoy 20% off in our holiday sale until December 28th.

Hellooooo my friends!  It’s been awhile I know …I haven’t blogged in quite some time but that is all about to change and I have lots of things I want to write about.  I have been working hard to bring our collection to you right in the comfort of your own homes!  I am sooooo thrilled to announce the launch of our online store 🙂  Please check it out at www.truvogue.com when you get a moment.  We ship throughout North America and if anyone would like to purchase any items internationally please email info@truvogue.com and we will work something out.  Also, if you subscribe you will receive 10% off your first purchase!

This first collection is called ‘Essentials’ because it focuses on buildable staple pieces that every wardrobe needs. The fabric is super comfortable and breathable made out of the softest, eco-friendly modal fabric that feels like butter against the skin.   All the pieces from this collection were made ethically right here in Toronto, Canada!!  So shop local, shop ethical and care for the planet at the same time 🙂

A friend recently sent this to me and while I have literally been doing this over the past 8 months or so I am now publicly taking this pledge to share with all of you.  Follow this link to sign up and share your pledge on your facebook page so we can all join together in this mission to support brands that are really trying to make a difference in the world.  Let’s vote with our dollars.  Pledge no evil!

Although this chart has UK facts and figures, it’s a great snapshot on the impact of fast fashion in general. It’s about time we as consumers and brands alike shifted to a more sustainable model.
END_OF_DOCUMENT_TOKEN_TO_BE_REPLACED

Tru Fashion With a Conscience
Blog at WordPress.com.
Loading Comments...